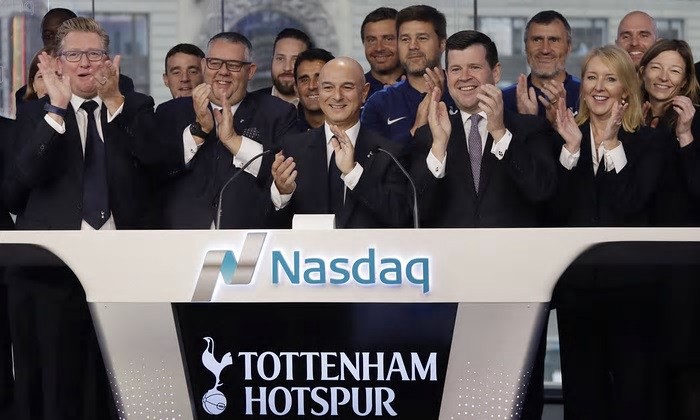 I think that some of the activity that’s going on at the moment is just impossible to be sustainable. If somebody is spending £200m more than they’re earning then eventually it catches up with you. You can’t keep doing it.

These are words of Mr. Daniel Levy, the chairman of English football club Tottenham Hotspurs. Levy was dismayed by the unprecedented sums of money sloshing around in the summer transfer market. Over the past few years, there have been rallying cries for regulating the football transfer market, usually from managers sulking after having lost their pick to a richer, debt-financed competitor. Union of European Football Associations (UEFA) has responded by introducing the Financial Fair play rules which requires clubs to, more or less, balance their books. But since the rules don’t apply to domestic leagues their utility is questionable.

The underlying assumption fuelling the entire conversation is that football clubs are for-profit businesses and thus can’t keep spending money they don’t have. I beg to differ. Read on to find out why.

Between 1923 and 2016, out of the 92 League clubs English football has lost only three: Aberdare, New Brighton and South Shields. There are quite a few that were either merged with others or rebranded, but only three truly went away for good. Think about it for a moment. Just three “businesses” in 93 years, during a period which saw the Great Depression, World War II, the “Thatcher recession” and the 2008 financial meltdown. In contrast, only 12% of the Fortune 500 companies in 1955 were still on the list in 2016.

Traditional business face fierce competition and are perpetually stuck in a “innovate or die” cycle. They may command brand loyalty but not the kind of religious fervour we see among football fans. New technology often makes entire industries obsolete within years (fax machines, anyone?). Competition from abroad, change in market preferences, government meddling (subsidies etc.) or sheer bad luck have caused many a stalwarts to fall.

Football clubs aren’t affected by any of these factors. Yes, football leagues are very competitive but the clubs ending at the bottom of the table merely get relegated to a lower league. They don’t become extinct. The clubs are protected from foreign competition because the rules bar foreign clubs from competing in domestic leagues. Most importantly, football clubs are a prized communal possession. They have geographical roots, and regardless of how bad Aston Villa plays (how bad their “product” is in business parlance) there will always be Aston Villa supporters (“customers”), albeit far fewer than when they win.

When clubs run out of money, they switch to a lower league, sell off the stars, sign cheaper players and play on. A Tesla can’t fire their engineers, hire high school graduates to make sub-standard quality cars and hope to live on. If traditional business do bad, they go bankrupt.

German football club Bayern Munich, much like other German institutions, avoids debt like a plague. The club is debt-free and doesn’t need to borrow money to keep the lights on. This is a rarity in professional football, and rightfully so.

Football clubs are judged — by fans, media and brands — on their ability to win cups, not on their earnings per share. Each penny in profit is a penny not spent on winning the cup that season. Bayern, the biggest German club, has won the Champions League only twice in the last 50 years. Compare that with two heavily indebted clubs, Real Madrid and Barcelona, who have each won the cup four times since 2000.

Levy’s derision was delivered in a setting that couldn’t have been more apt: Wall Street. Much like the big bankers, club managers are acutely aware of their moral hazard: they know they will be saved however much money they lose, so they freely borrow money to stock up on the best players. Football clubs are too local. Too prestigious for the local community and the league. No matter how much money they waste, somebody always bails them out. The only loser is the investor, not the ones spending the money. Surely the irony of Levy’s words wasn’t lost on the audience.

Football clubs don’t face existential challenges faced by traditional businesses, and have more in common with local community not-for-profits than billion dollar companies. Club management is incentivised for winning cups, not turning a handsome profit. So they borrow huge sums to put together the best squad possible. Even when they lose all their money, they survive; either by going into administration, or by being bought by fans, or by being saved by a rival club (clubs can’t operate without opponents), or in rare cases by being bought by a Roman Abramovich.

The truth is football clubs are too small too fail.